When I first started designing gardens professionally at the beginning of 2000, I felt that I needed some form of accreditation, not just to reassure clients, but also to reassure myself, as this was a career change, that I was on the right path.  I know, I thought, I’ll do a garden at Chelsea.

The wonderful thing about doing something like Chelsea for the first time is that because you don’t have any experience to draw on, you have nothing specific to be afraid of (later experience, when you know what can and does go wrong, is a much scarier position to be in!).  That’s not to say that I took it lightly; it dominated pretty much every waking hour for about four months prior to the show in design, plant supply, searching for sponsorship, writing press releases, finding accommodation until finally it came to the point of leaving home for the show knowing that I would be a different person when I returned.

AS AN ARTIST AS WELL AS A DESIGNER, I LOVE CREATING SHOW GARDENS AS IT’S AS NEAR TO PAINTING, IN ITS IMMEDIACY, AS YOU CAN GET IN A GARDEN

Being part of build-up at Chelsea also ranks as one of the highlights of a career; you know just how hard everyone’s worked to get there, and just what a privilege it is, there’s nothing quite like it.

I’d been designing less than a year when I did this garden, so although it has some themes that have stayed with me (a veering towards a naturalistic planting style, an emphasis on colour and texture and, as far as a Show Garden is concerned, a desire to tell a story) on the whole it’s much more traditional than I’d choose to do now.  I also apologise for the photos but it was pre-digital!

For Somerset Revival I was inspired by the idea of rural regeneration (see also RHS Photographic in my awards section for another rural regeneration project) and so showed the same ‘scene’ both before and after renovation. On the left, the old barn building is derelict (you should have seen the look on the face of the young landscaper when the window was smashed – he didn’t realise it was meant to be like that and thought we had gone mad!)

There are tractor tyre ruts full of water, lots of wildflowers (this was before they became trendy), a dead cider apple tree (it wasn’t actually meant to be dead but it did fit the mood and certainly caused a talking point), some old metalwork, lots of building materials scattered over the ground and an upturned milk churn. On the restored side I used the old bricks and roof tiles to create paths and edgings, an old cider press was turned into a water feature, a milk churn was planted with Phlox Chattahoochee (there’s a story about that below) and the rest of the garden was planted with cultivated forms of the wildflowers found in the derelict half.

Many years prior to this, I had been visiting Sissinghurst with my sister in law where I saw a large terracotta pot full of a beautiful, delicate flower with pale purple petals and dark centres.  Captivated, I asked what it was and so discovered Phlox Chattahoochee.  I loved it so much that I specified it for the Chelsea garden but then couldn’t get it, no supplier had any.  Two weeks before the show, I was at my local market and there, in the plant stall full of the usual ubiquitous offerings, was a single tray of Phlox Chattahoochee. 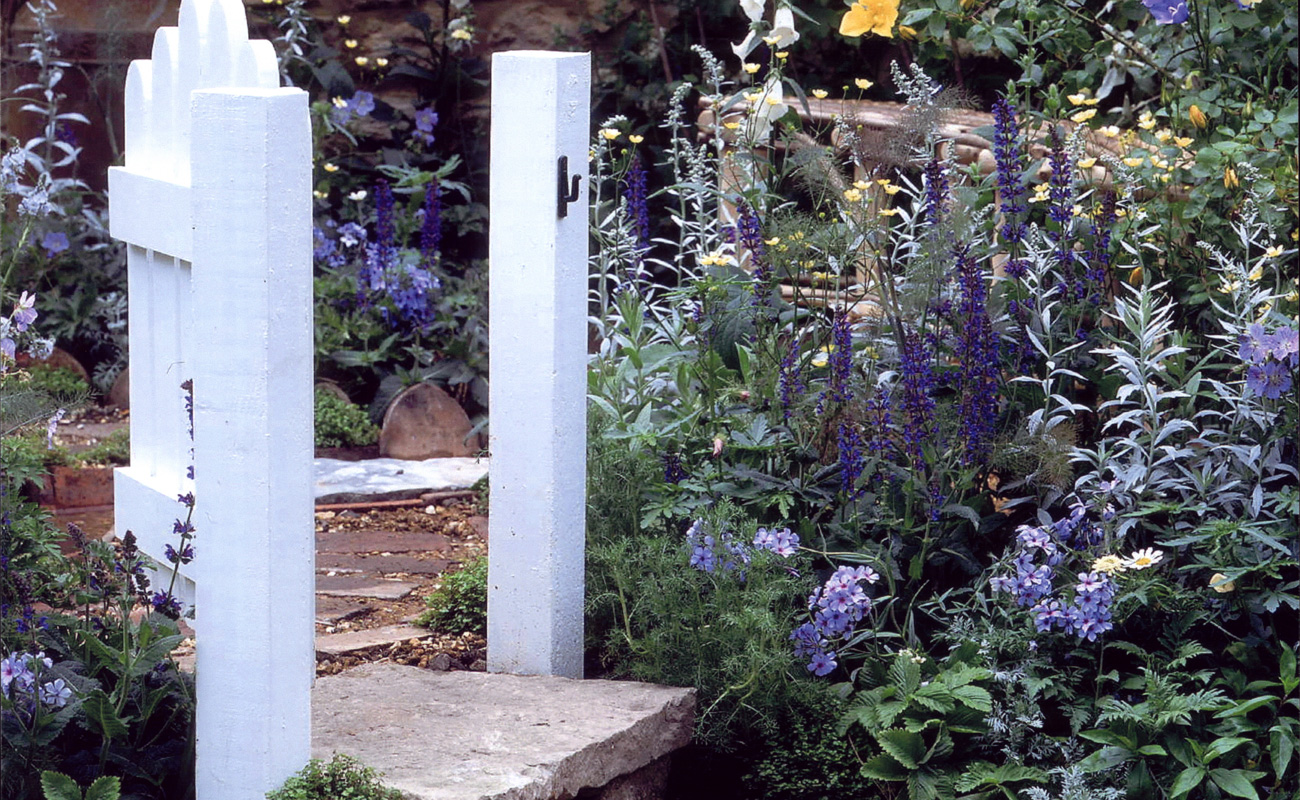 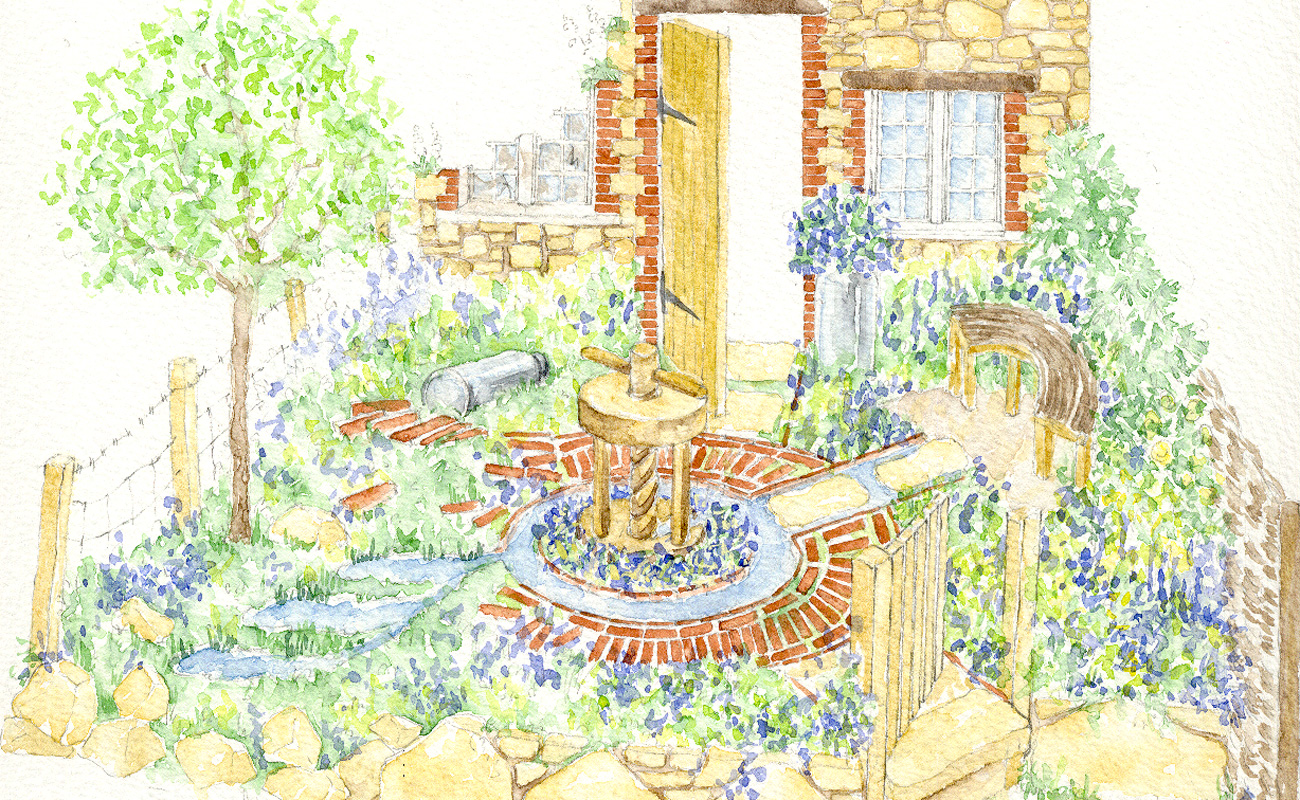 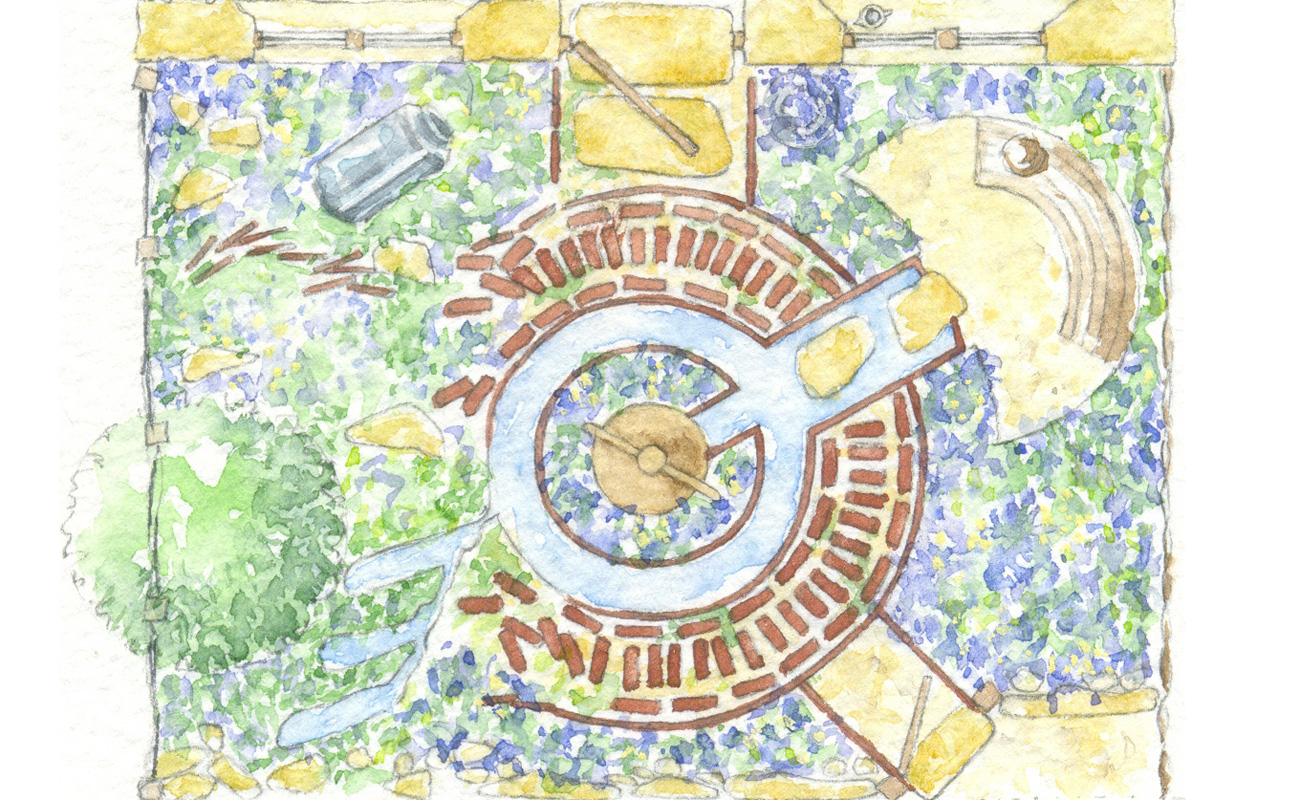 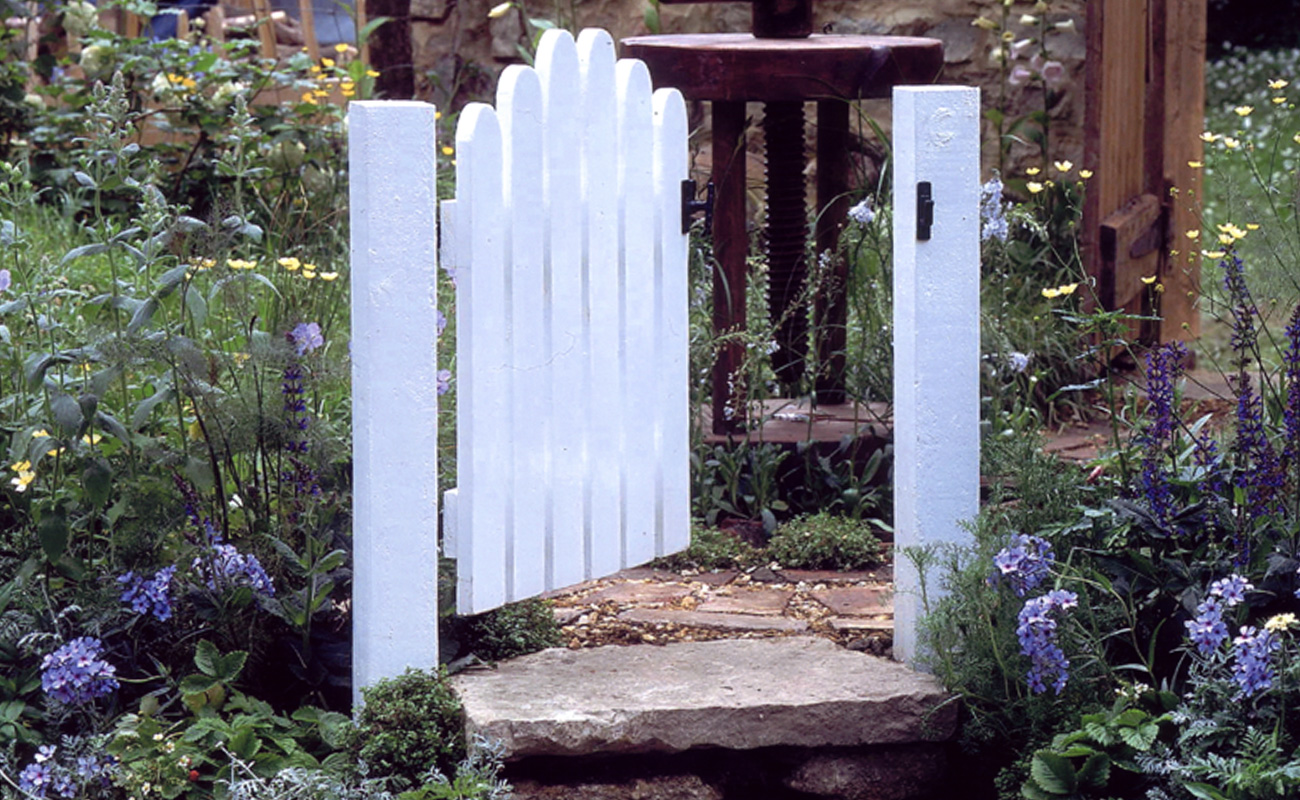 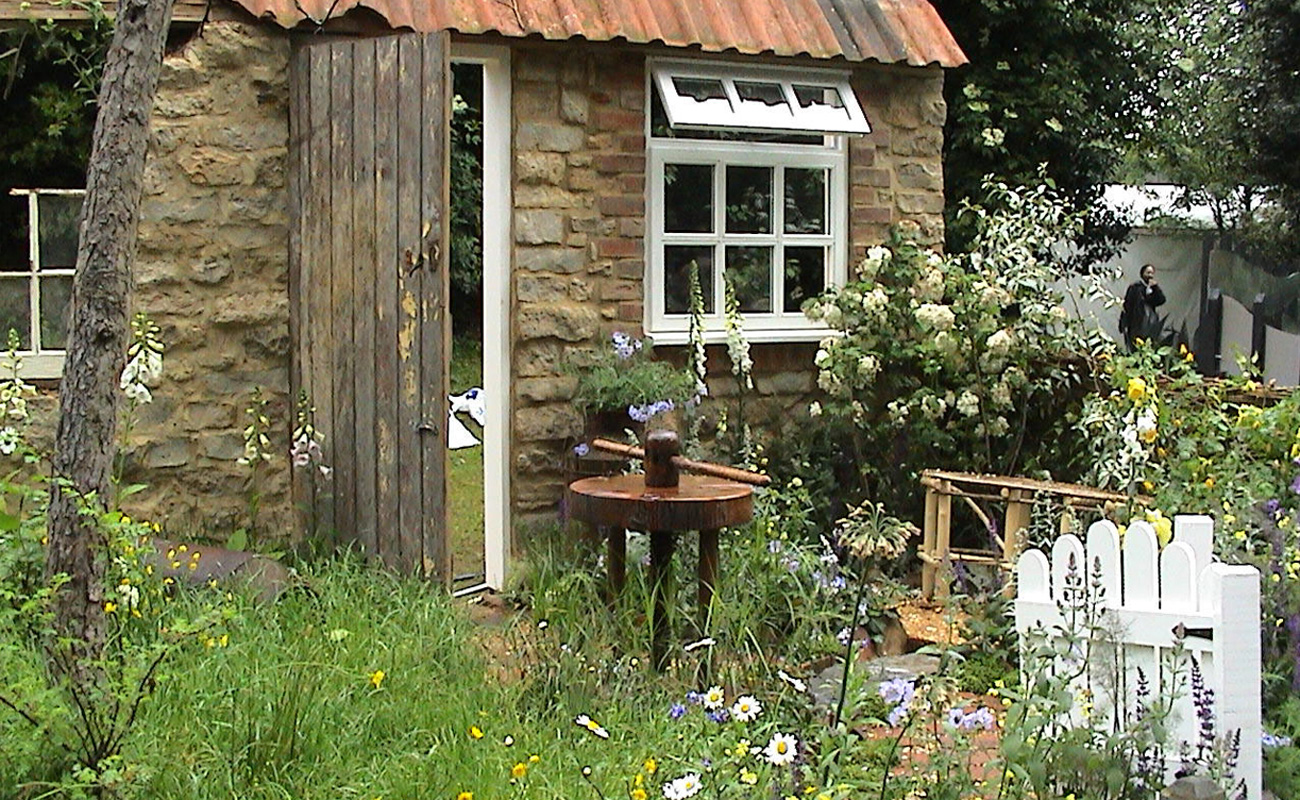 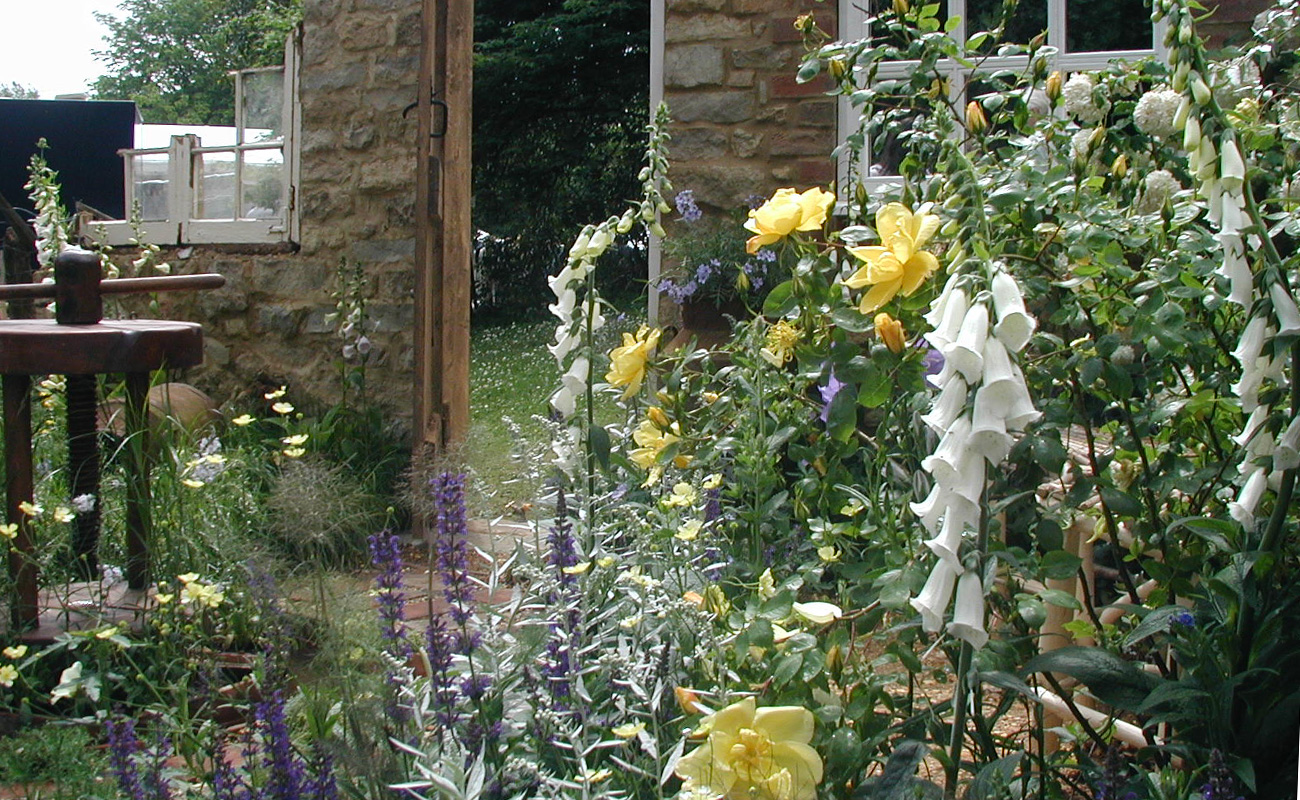 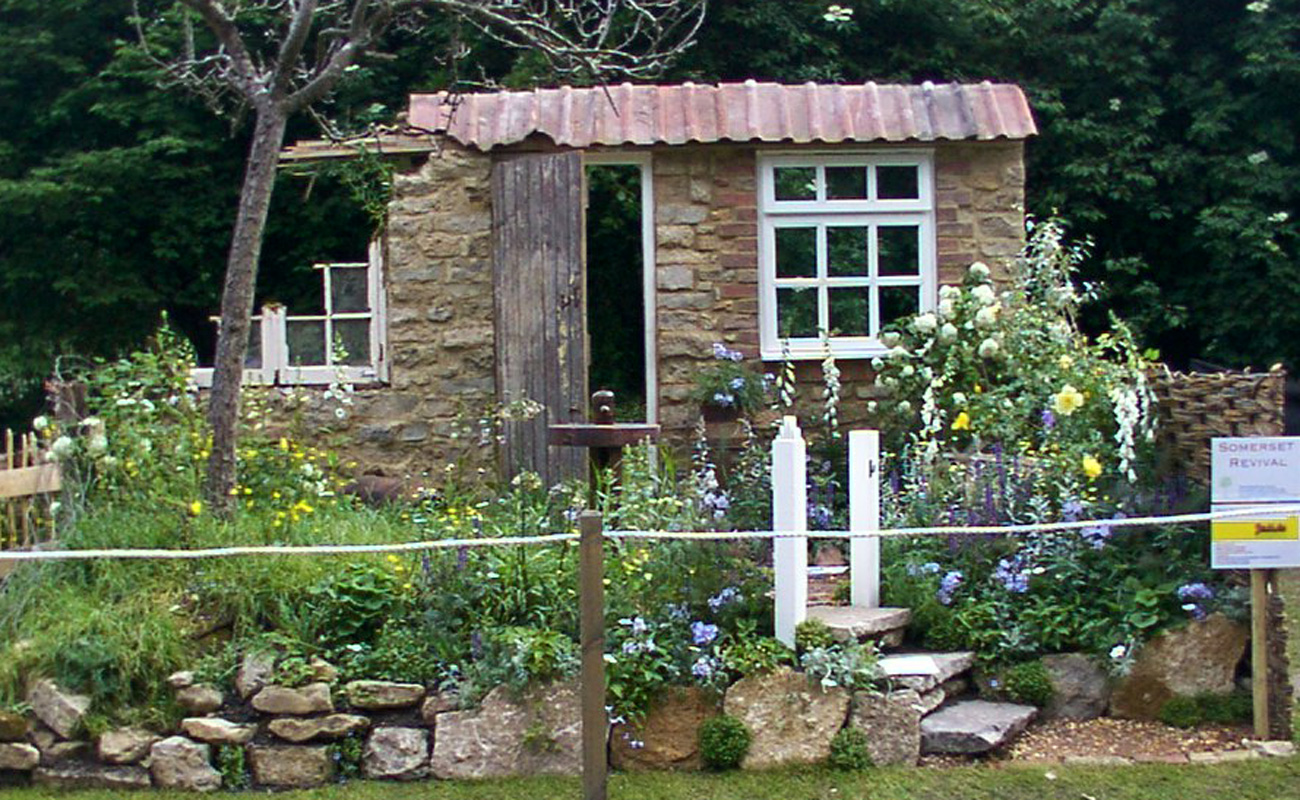 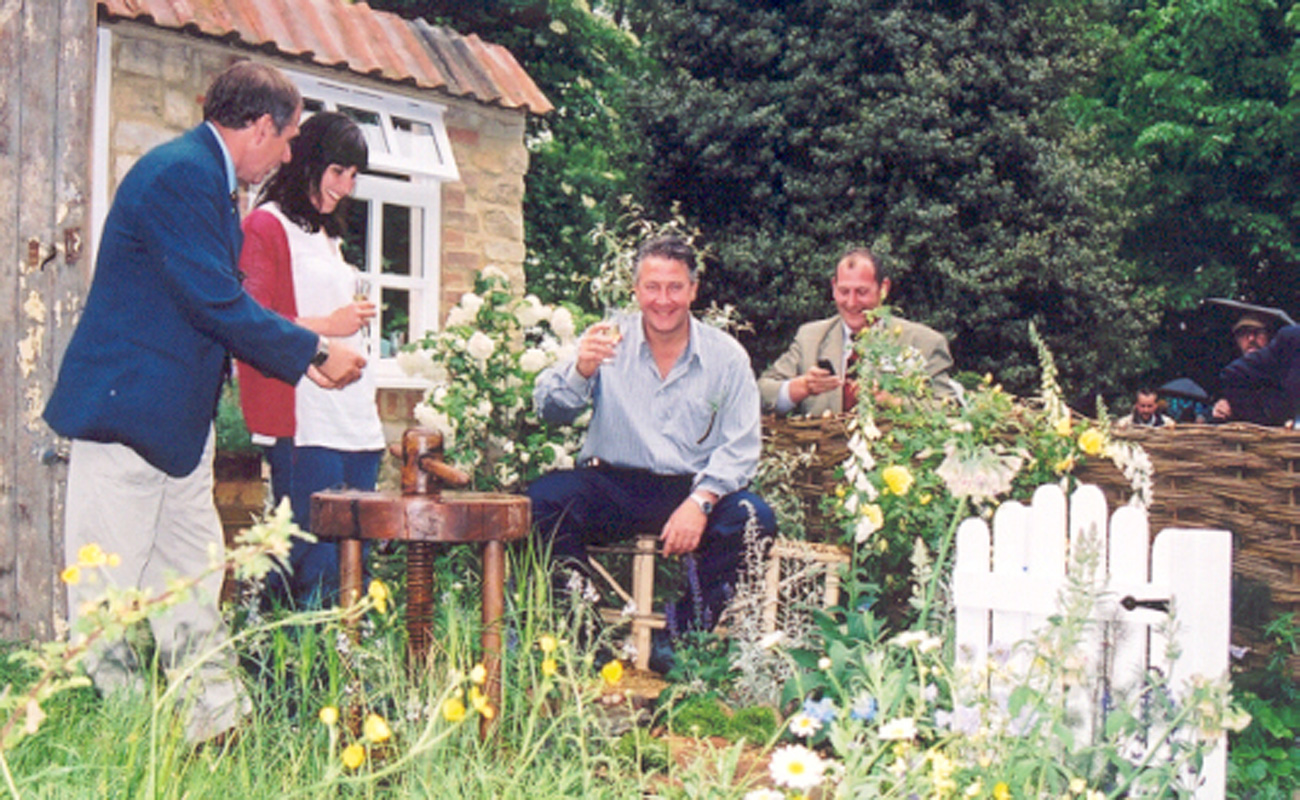 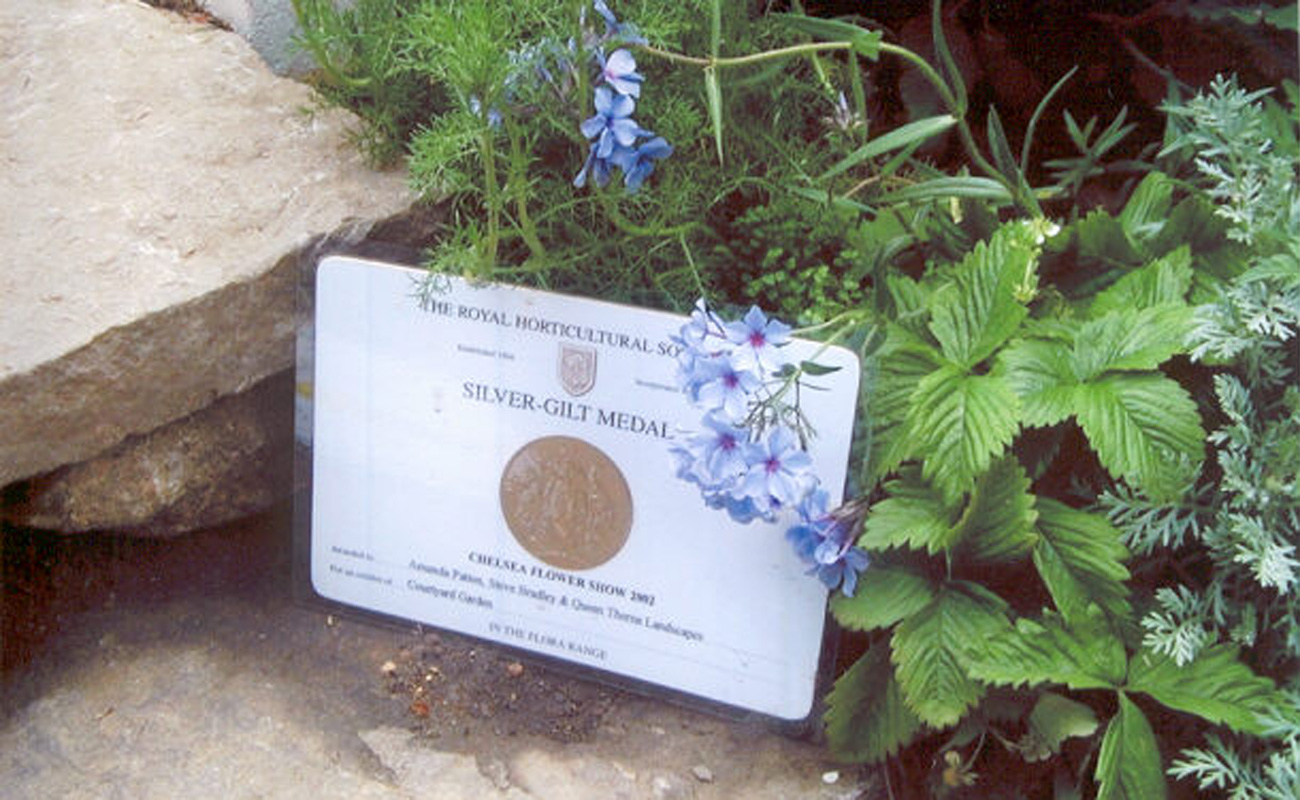