A lovingly renovated Grade II listed rectory in a picturesque village close to Bruton in Somerset needed sympathetic treatment for the garden, and so I designed a ‘modern take’ on traditional features. This included using crisply sawn Yorkstone throughout the garden, along with sawn setts laid in a herringbone pattern for paths and a herb garden that sits comfortably against old walls.

In addition, a classically proportioned formal contemporary swimming pond and modern planting give this beautiful house an updated look. Designed by me, the pool was made by Clearwater Revival and has a large, deep swimming zone, with a black interior to maximise reflections on the water. One of the joys of a naturally filtered pool is that it doesn’t need unsightly covers through the winter like a traditional swimming pool, so I was able to design it with two functions in mind, both as a practical space for swimming but also as a beautiful feature in its own right, a lovely place to sit or just to look at. So as well as the large deck that spans one length, I have used sawn Yorkstone to create the edge and the three large stepping stones which act as bridge, diving boards and boundary between the deep swimming zone and the shallow regeneration zone.

Near to the pool, a small circular deck surrounded by stylised meadow planting provides an intimate enclosure, while cordoned fruit trees give privacy from the neighbour.

The garden featured some existing walls which were listed and which therefore had to be incorporated into the new design.   These weren’t where you’d put them if you were starting from scratch but allowed me to create some intimate nooks and crannies which in turn led to the garden feeling more mature than it is.

“A SIMPLE IDEA EXPERTLY INTEGRATED INTO ITS SURROUNDINGS WITH BEAUTIFUL PLANTING, THE CREATIVE USE OF TRADITIONAL MATERIALS AND CRAFTSMANSHIP” SGD Awards Judge

Commenting on the Medium Residential Garden award, the judges said it was ”A sophisticated piece of design that has transformed the site and made the garden feel much larger. The resulting space has character whilst acknowledging the surrounding landscape. Some sharp design detailing with soft edges.”

The Judges Award is given to the project that the judges feel most successfully achieves one of the central foundations of good design – a sense of place.  On presenting the award, judge Richard Sneesby said it was “An intelligent and judicious nod to the 21st Century which reminds us of where we are now and where we have come from.” 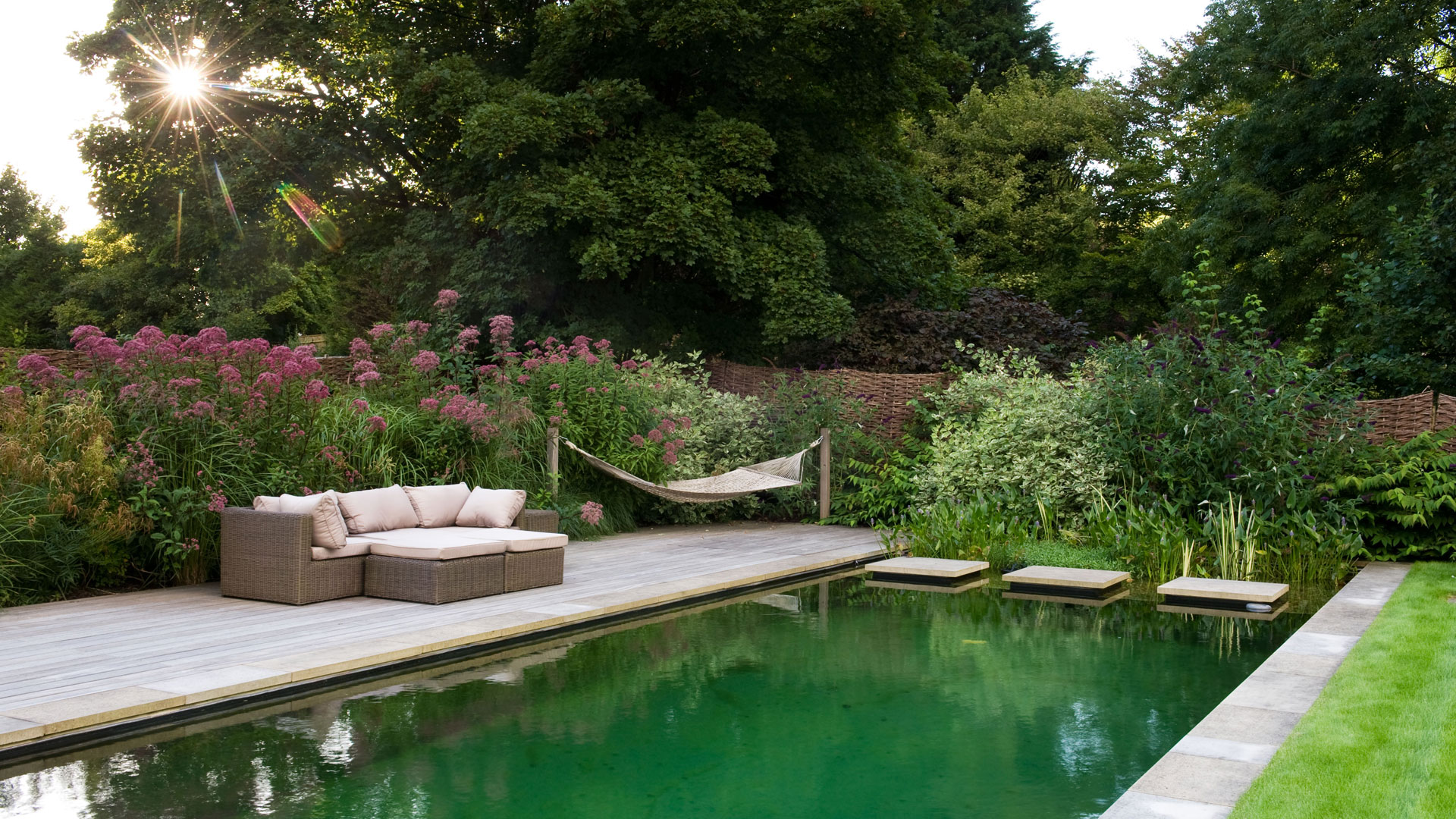