I created this Show Garden for Bradstones at the 2008 show after winning a professional competition to design a garden under the title of “the Traveller’s Garden” – see the Awards section under SGD/APL for the background to the competition and the design.

I took inspiration from Walter de la Mare’s eerie poem ‘The Listeners’ in order to explore ideas of creating atmosphere and mood. Much of what I designed therefore was playing with contrasts of light and shade, and degrees of enclosure and openness. This led to two distinct areas, the dark woodland, approached through the ‘moonlit door’, and the house itself, bathed in moonlight with the colours washed out.

Elements of the poem were interpreted to create features such as the three tall columns (the ‘listeners’) that stand sentinel over both the site and the door, while the “dark stair, that leads to the empty hall” was interpreted in yew, surrounded by ‘moonbeams’ of ghostly white Veronicastrums and tall Molinia Transparent grasses which led to the empty hall itself – a perfectly still, dark pool right at the heart of the garden.

BUT ONLY A HOST OF PHANTOM LISTENERS
THAT DWELT IN THE LONE HOUSE THEN
STOOD LISTENING IN THE QUIET OF THE MOONLIGHT
TO THAT VOICE FROM THE WORLD OF MEN
STOOD THRONGING THE FAINT MOONBEAMS ON THE DARK STAIR,
THAT GOES DOWN TO THE EMPTY HALL

I also used two contrasting materials supplied by Bradstones, one, for the columns and the wall, was a natural Travertine stone, a very beautiful pale marble from Italy, with a totally smooth surface (in its natural form the stone is pitted but it’s generally filled to create an even, polished look) and the other, an industrial rough surfaced concrete slab which I used for the path and for the bridges. Creating an unbroken span of nearly six metres for each of the three narrow bridges was also an interesting challenge requiring quite a lot of engineering and as with any Show Garden, we only had three weeks for the whole build so planned as much as we could in advance.

The planting was also designed for contrast but in more subtle ways – specifically I used Molinia Strathenquelle throughout the main planting beds. This is quite a stiff grass but its leaves are also very thin so it adds substance and movement without you really being aware of it.

AND HE FELT IN HIS HEART THEIR STRANGENESS,
THEIR STILLNESS ANSWERING HIS CRY

I was awarded an RHS silver-gilt medal for the garden, and photographs of it feature in many books including Andrew Wilson’s “Contemporary Colour in the Garden: Top Designers, Inspiring Ideas, New Combinations” 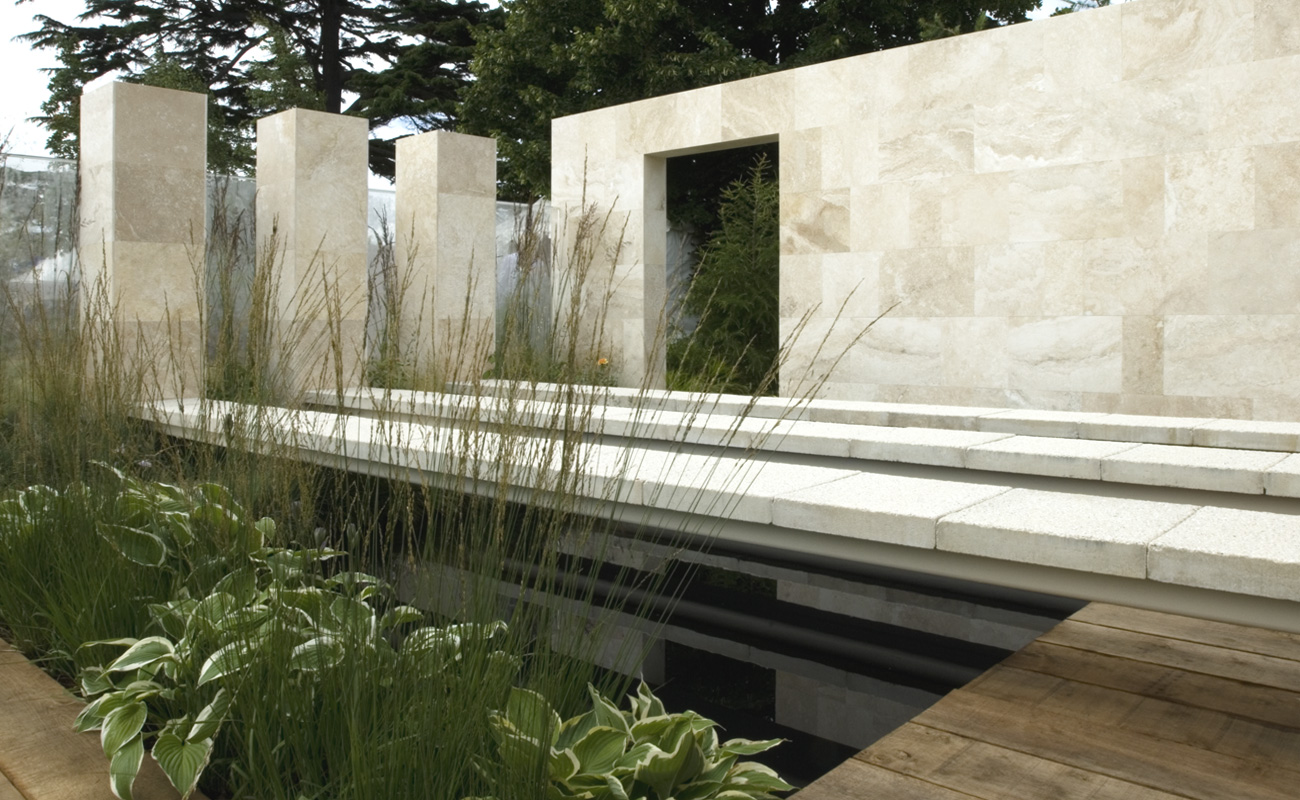 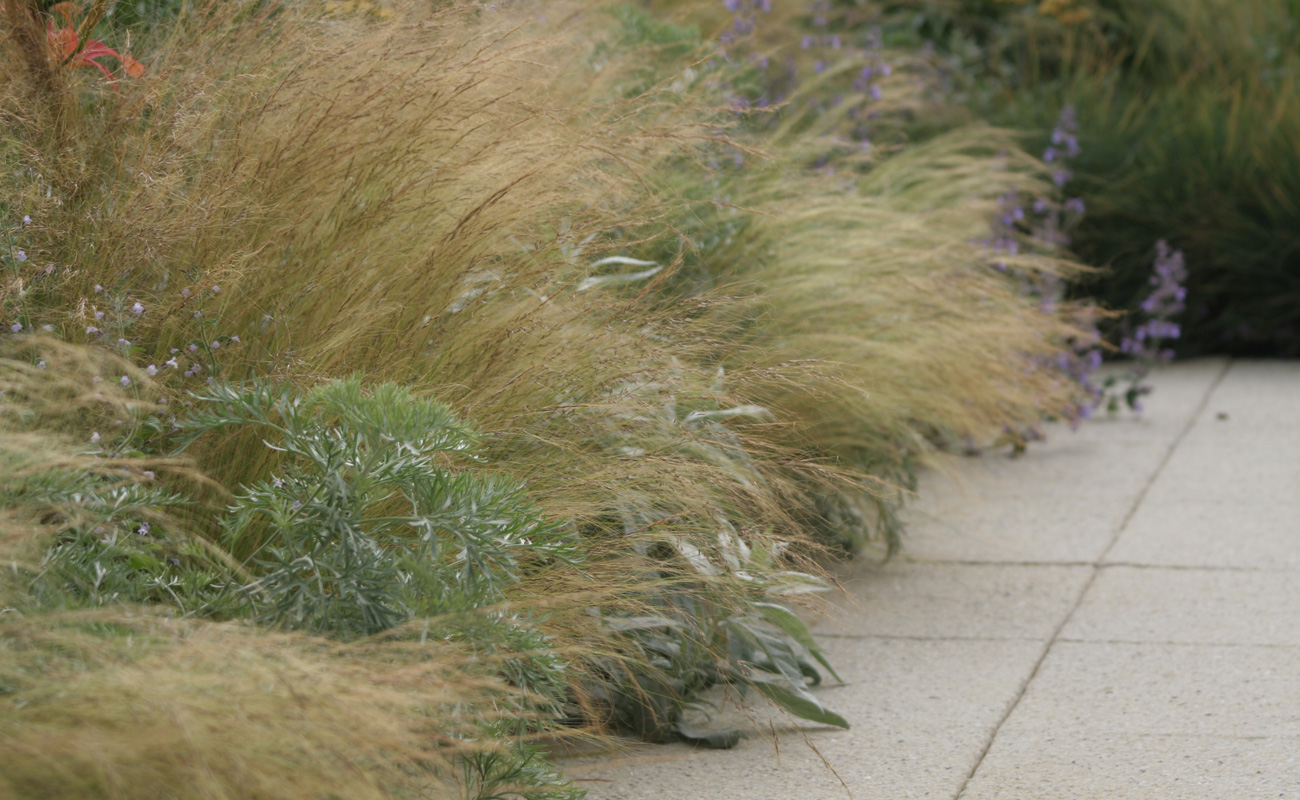 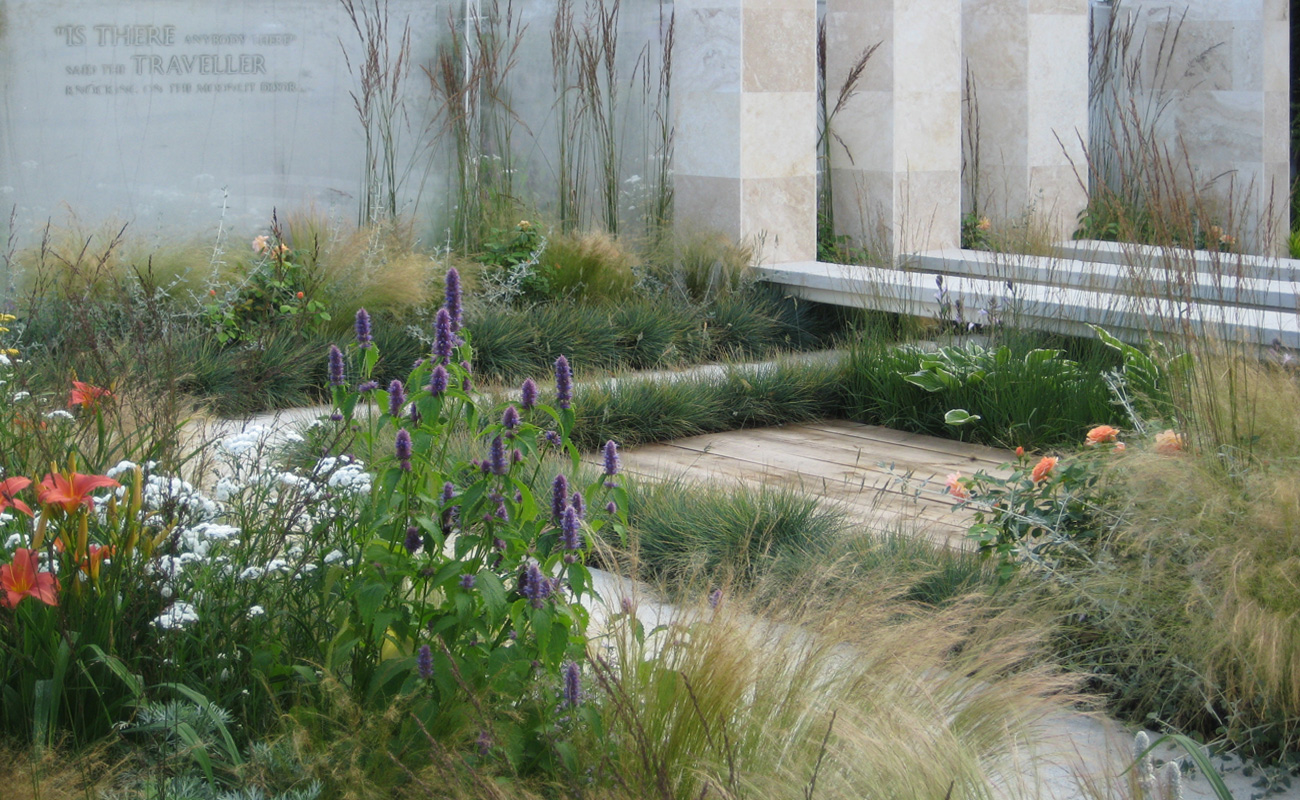 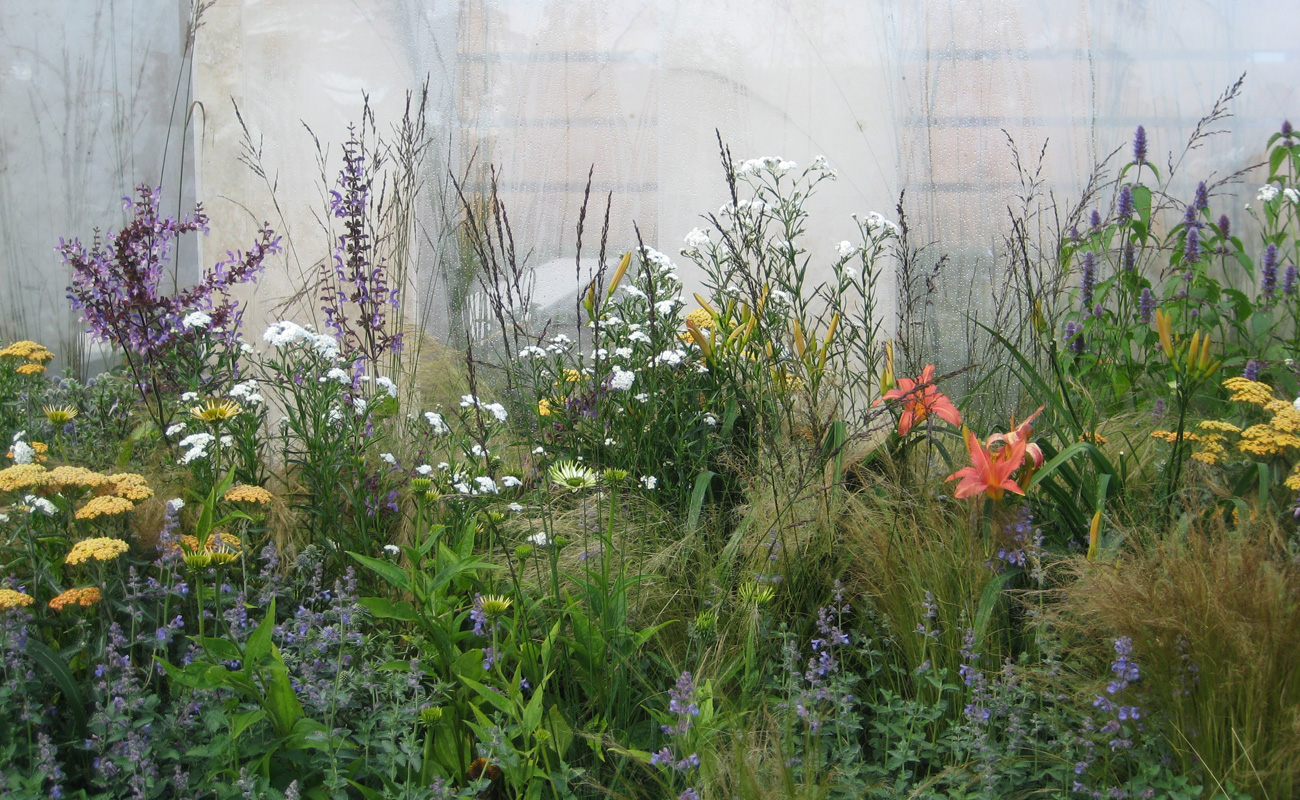 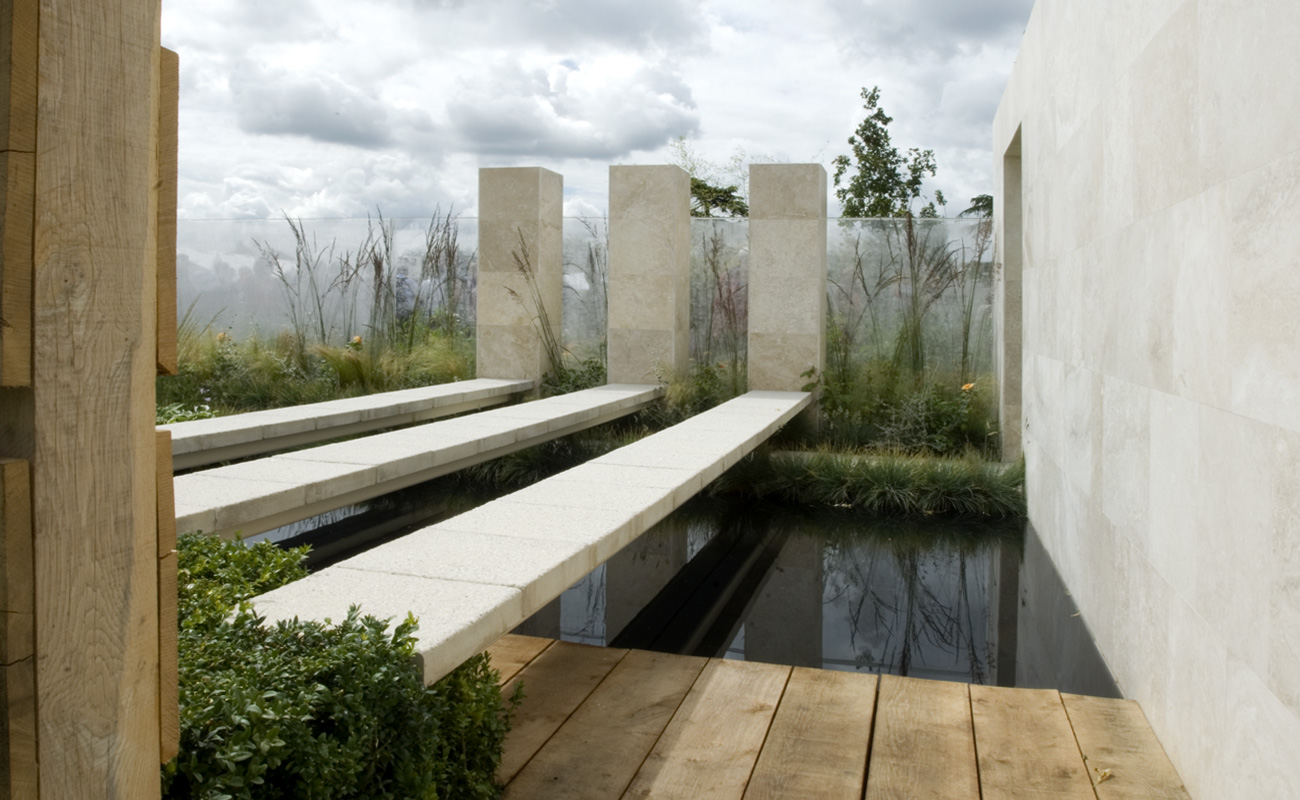 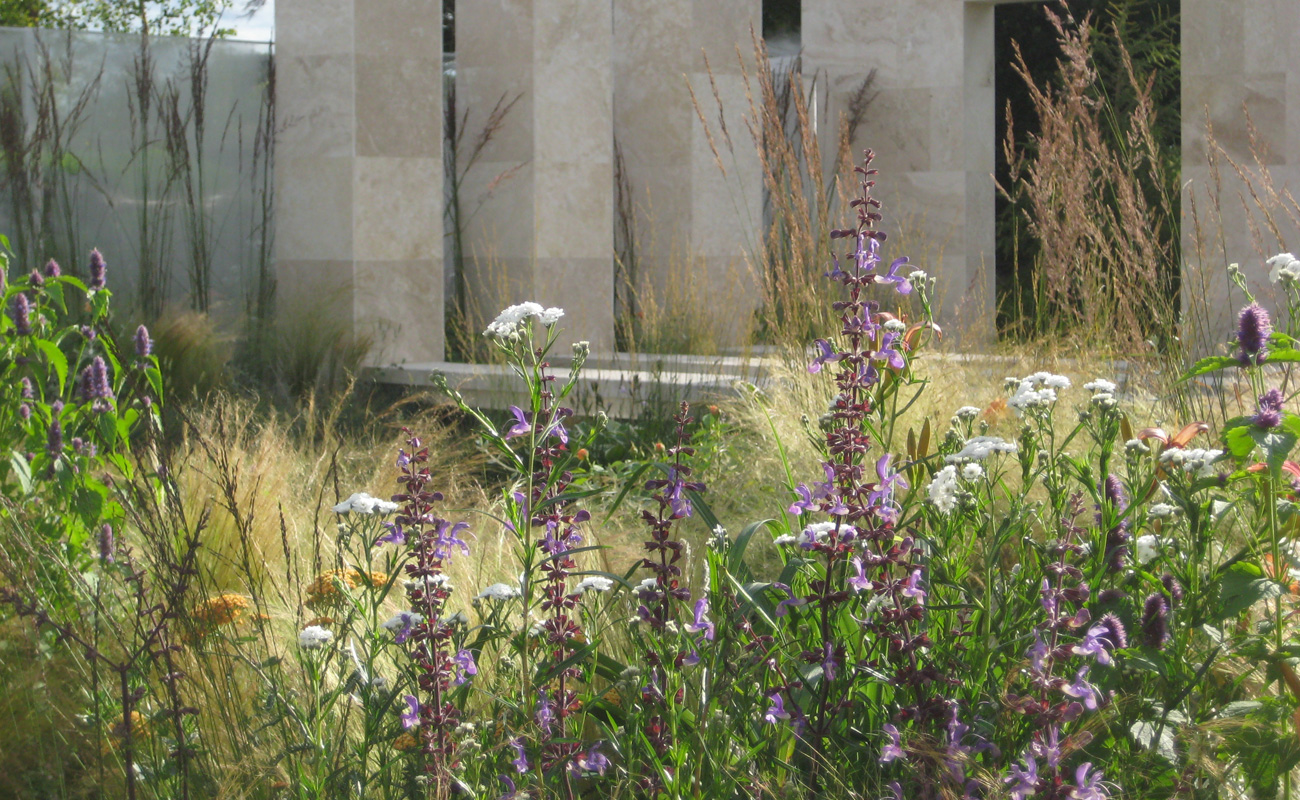 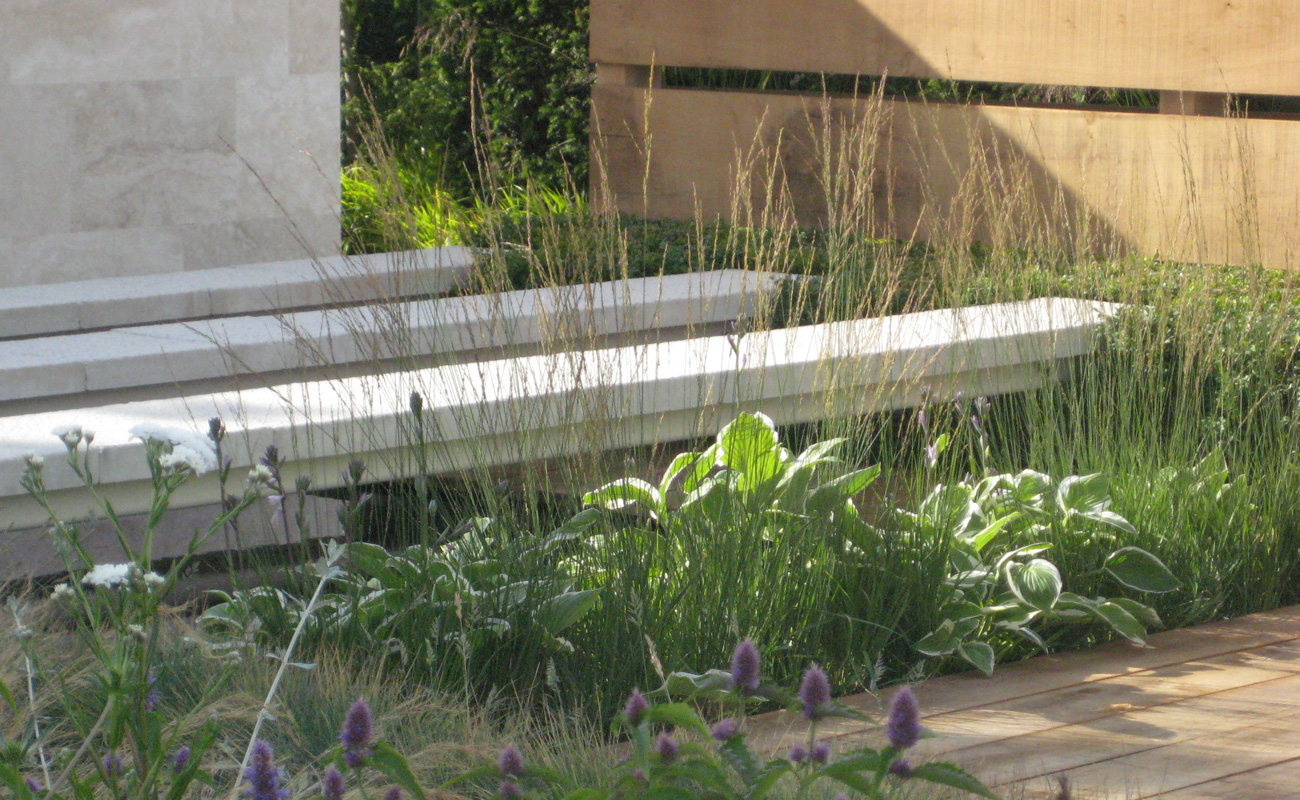 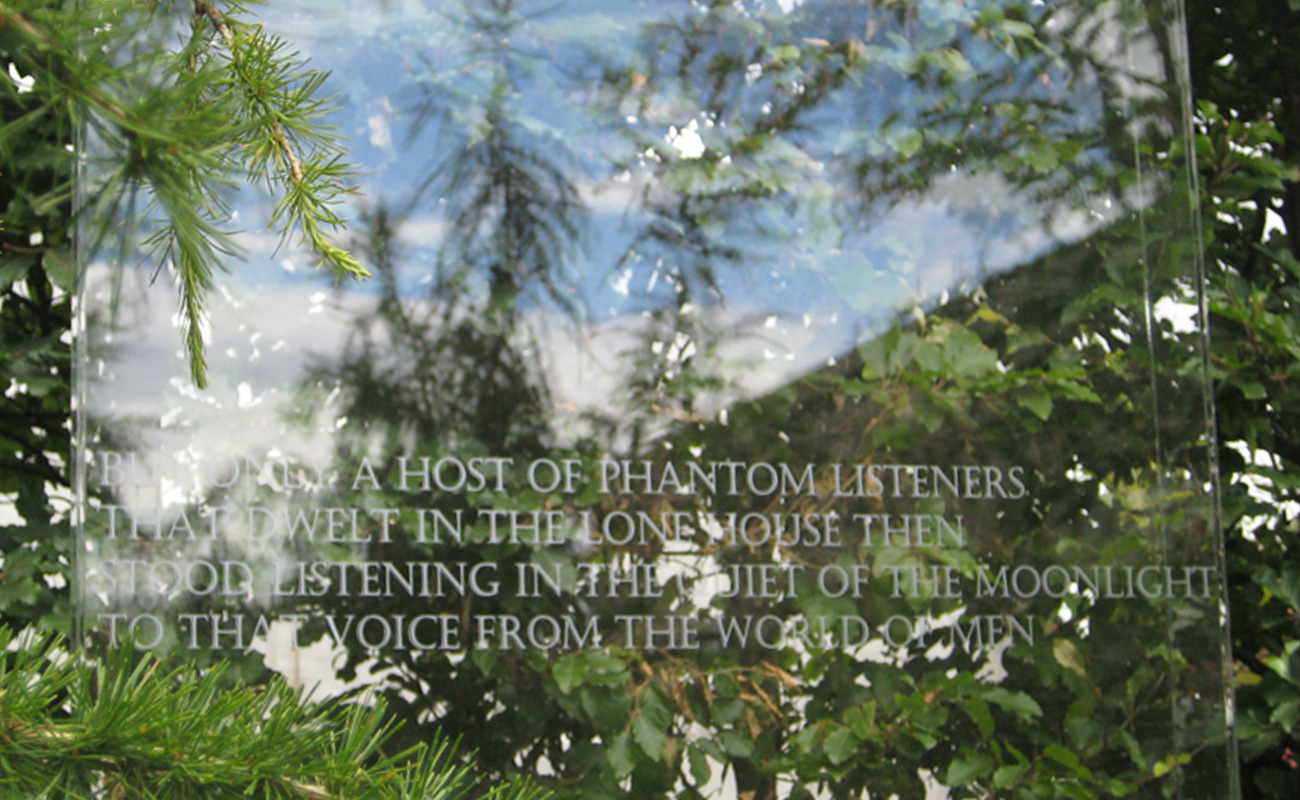 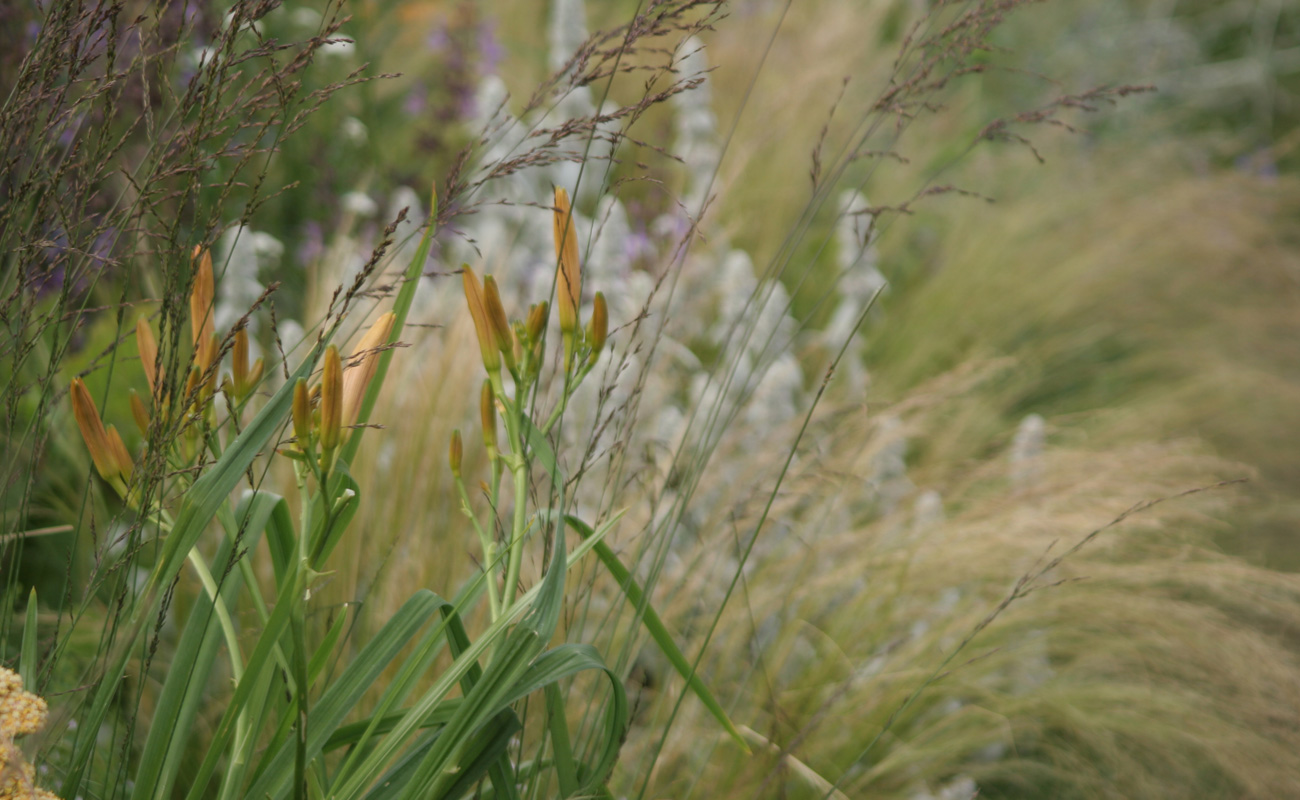