I was privileged to have the opportunity in 2012 to design and build the trade stand at the RHS Chelsea Flower Show for the Society of Garden Designers.  I’ve been committed to the Society for a number of years, achieving Registered Member status in 2006 and going on to serve on Council, ultimately as Vice Chair, for four years until January 2013, and the purpose of the stand was to raise public awareness of the Society.

The adjudication leads to Registered Member status (MSGD) which ensures all MSGDs have been vetted not just on their design skills but also on their ability to deliver.  In an unregulated business where anyone can call themselves a garden designer, this gives protection to members of the public and allows them to choose a designer with confidence.  It’s for this reason that I have been such a strong supporter of the Society!

As a small body, our budget for the garden was minimal, but such is our status within the profession that our suppliers were keen to help and support us and so offered high quality reconstituted timber decking and furniture, and bespoke stonework including the SGD logo crafted from a solid piece of granite. The garden was built by the team from Bowles Wyer who were already at Chelsea building other gardens, and as ever at Chelsea the camaraderie, despite the pressure, makes it all worthwhile.

As part of the previous year’s stand, we had some ‘wallpaper’ produced with inspirational quotes in our corporate colours of grey and green.  It made sense to re-use these, but to make it new and fresh, I designed a side panel for the garden based on the proportions of the blocks of copy, and also introduced larger solid cubes to sit within a froth of planting. Both the blocks and the plants were painted in our corporate colours though the green was a little garish – our budget didn’t stretch to colour matching, so green had to be green!

I used a few structural plants for the garden, including the highly scented Pittosporum tobira which stopped me in my tracks the first time I smelt it in Provence a few years back.

In this case, the main ‘froth’ was in the form of the lovely yellow leaved Millium effusum aureum with its incredibly delicate wands of flowerheads, wonderful in light shade where it’s happiest, and also from pale aquilegias and a green-tinged perennial cow parsley, Cenolophium denudatum, whose flowers sit above finely dissected leaves. 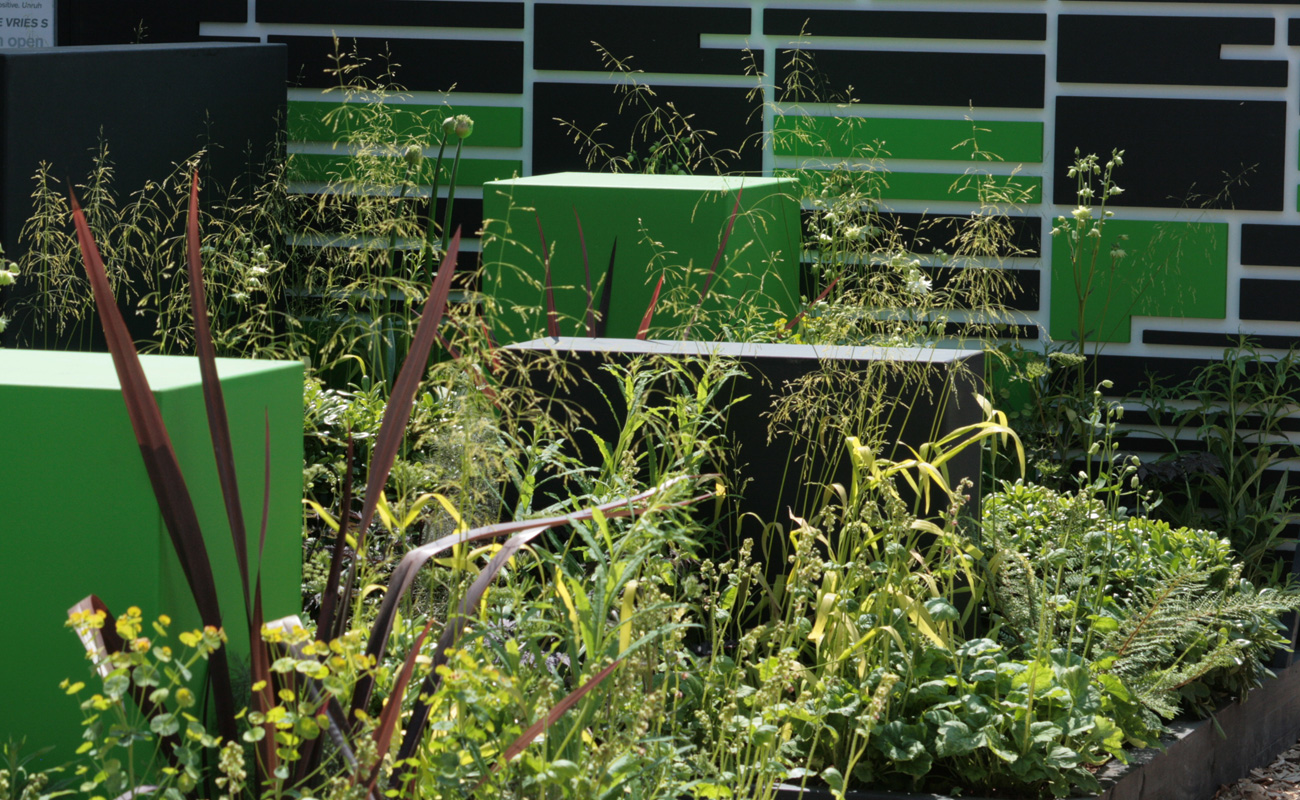 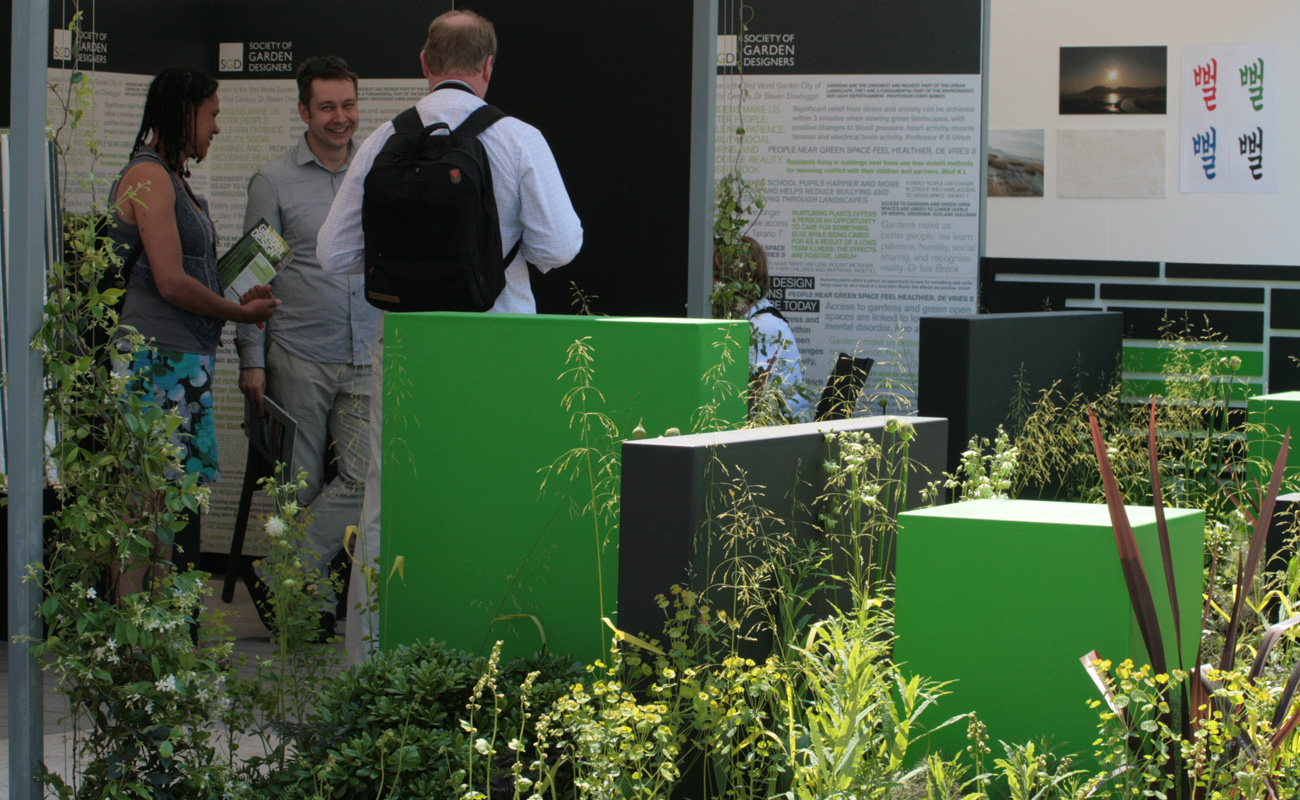 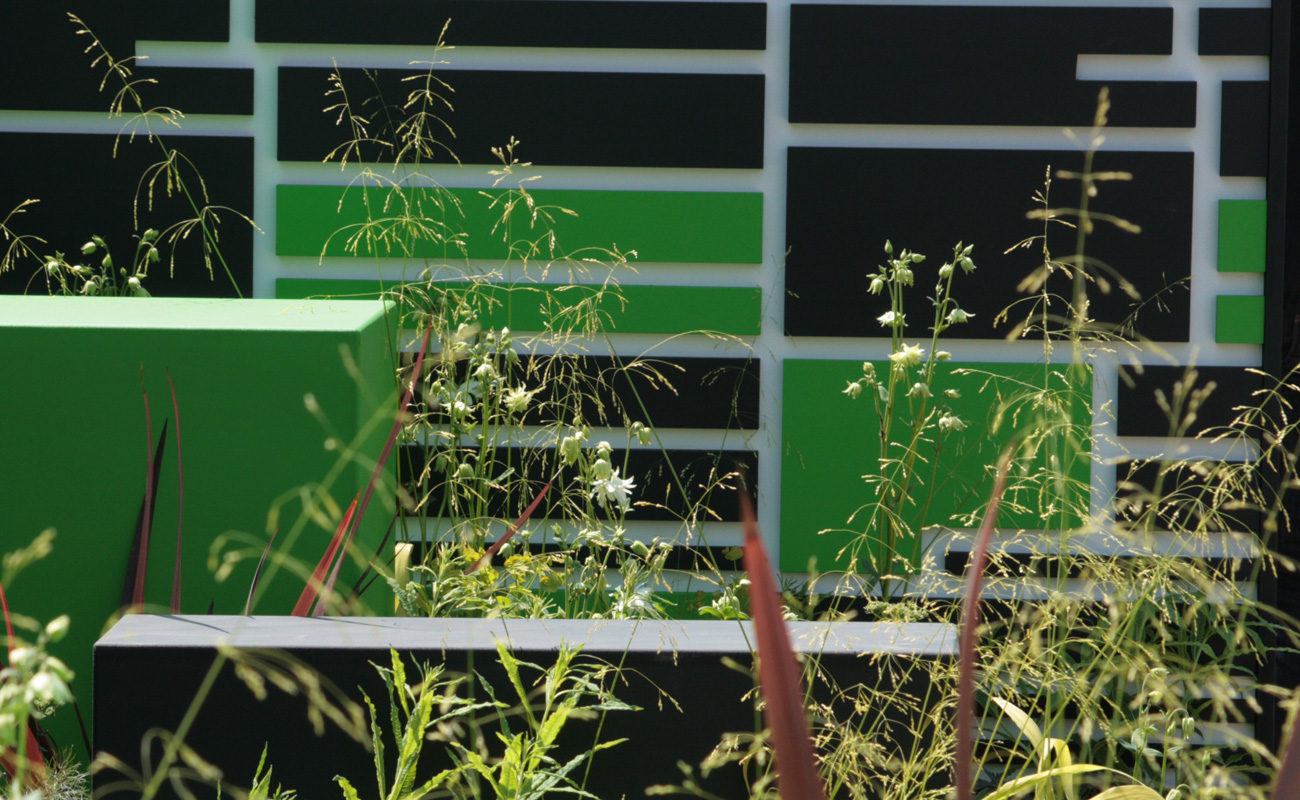 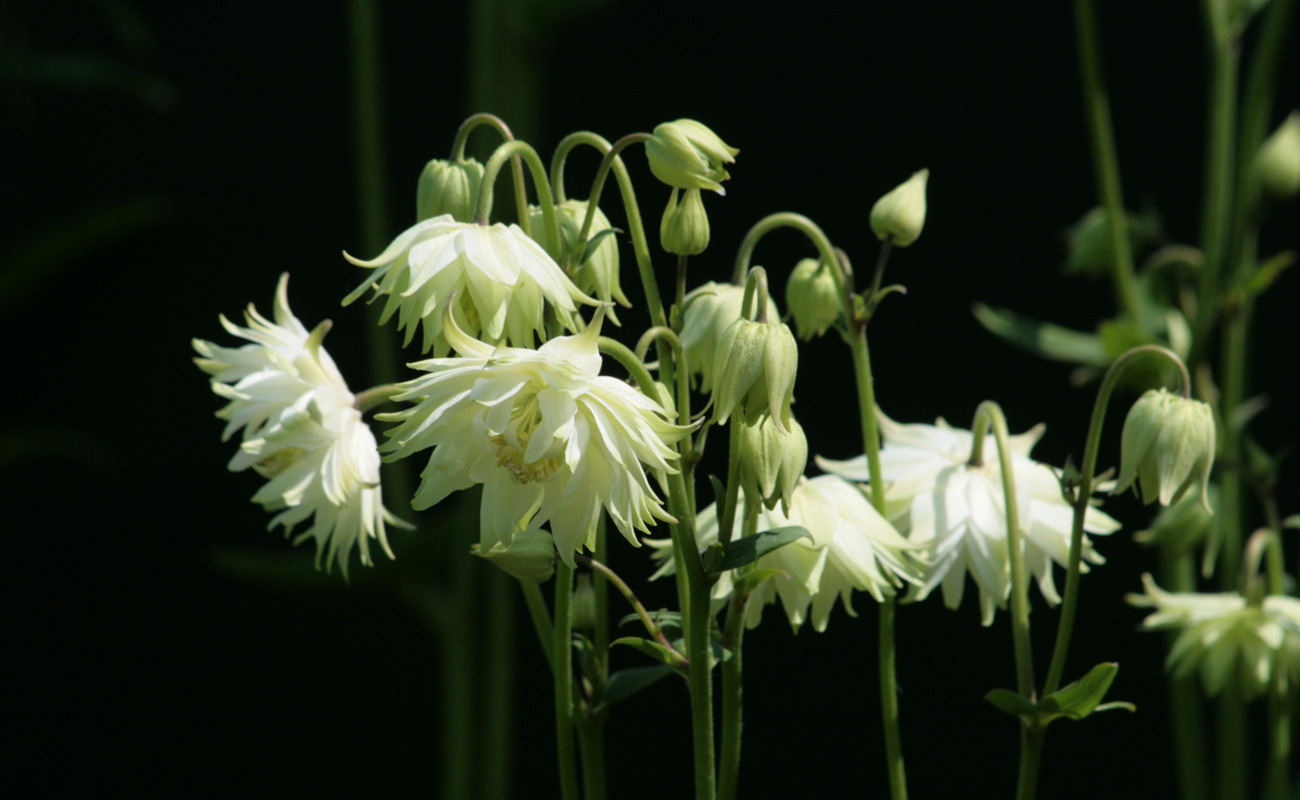 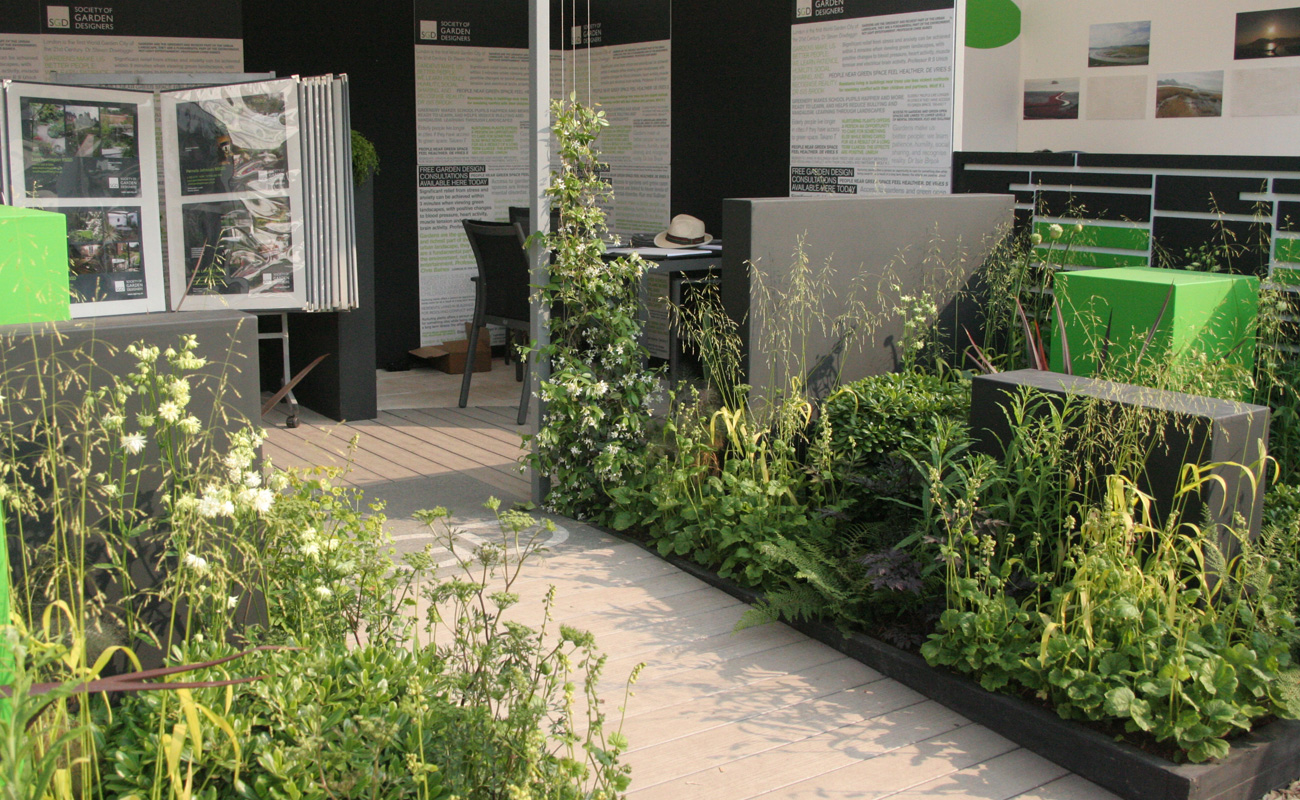 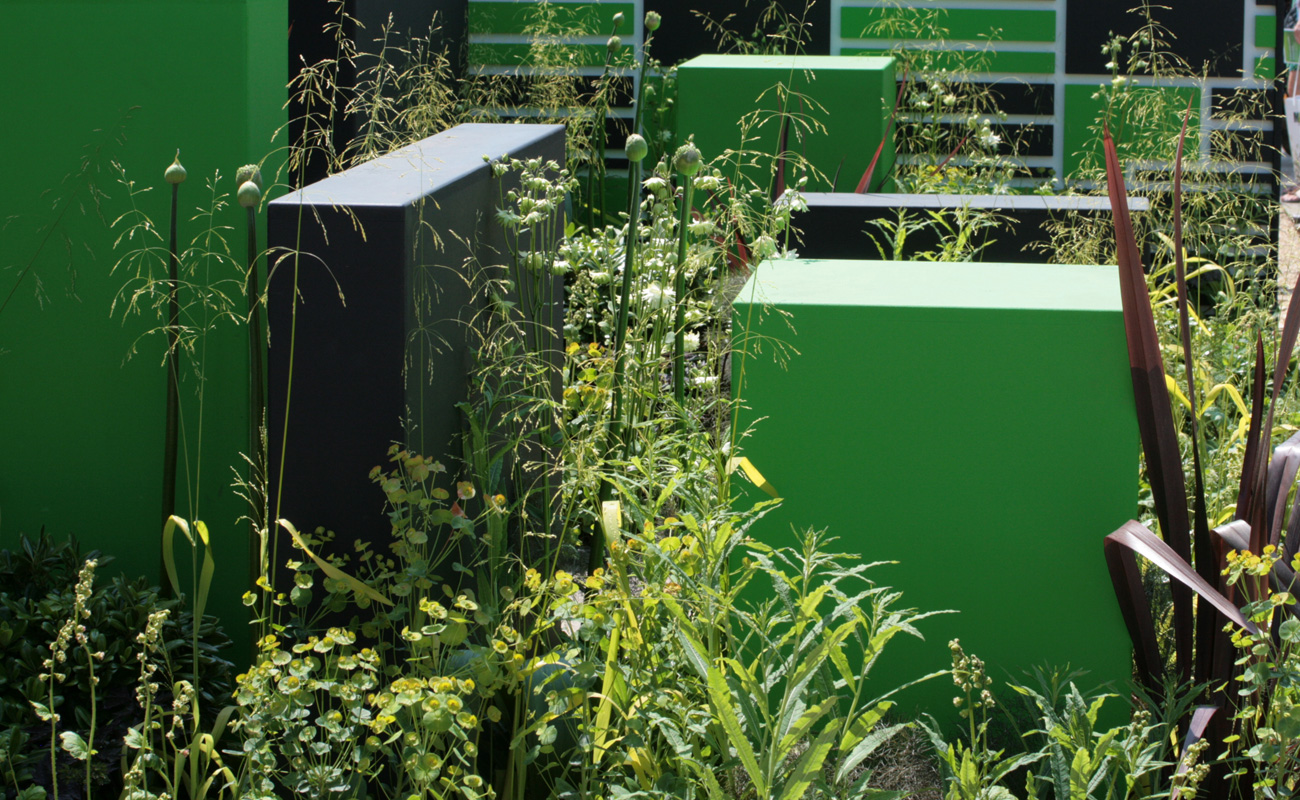 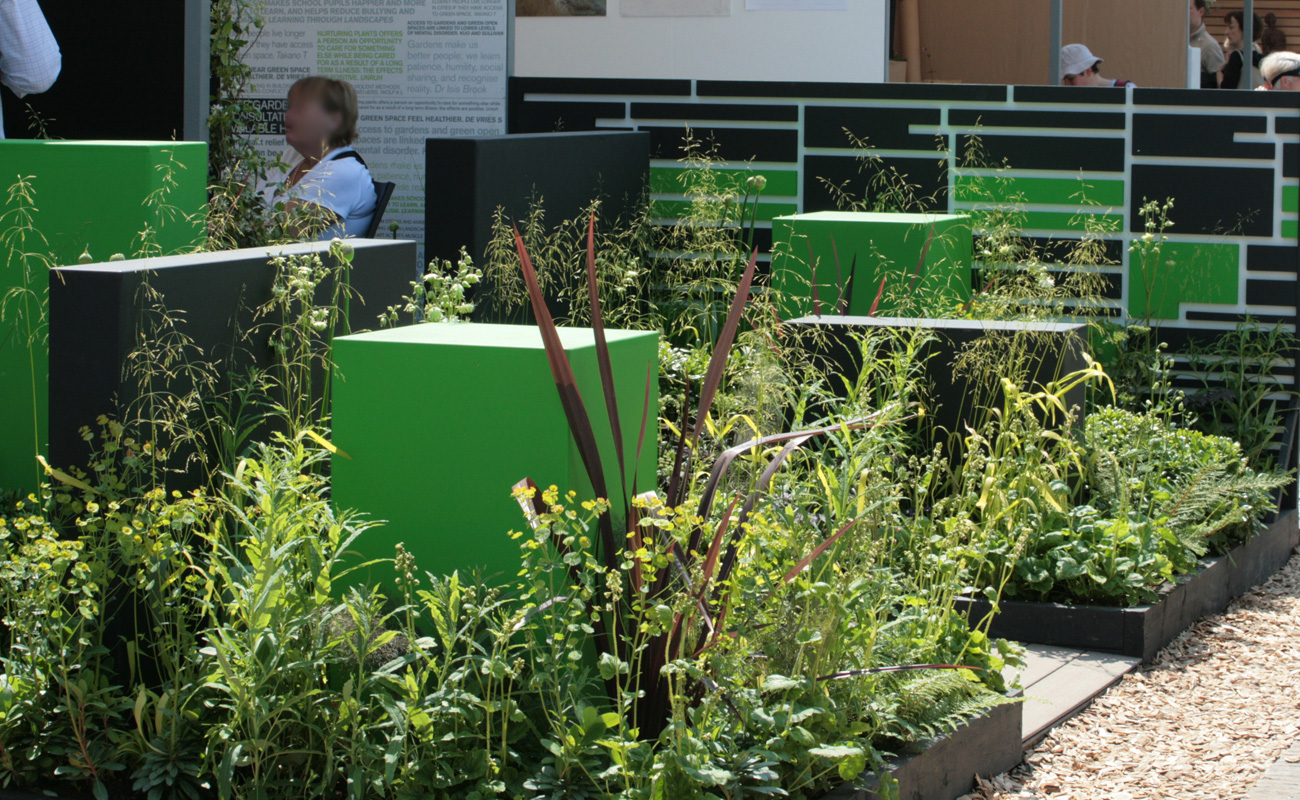 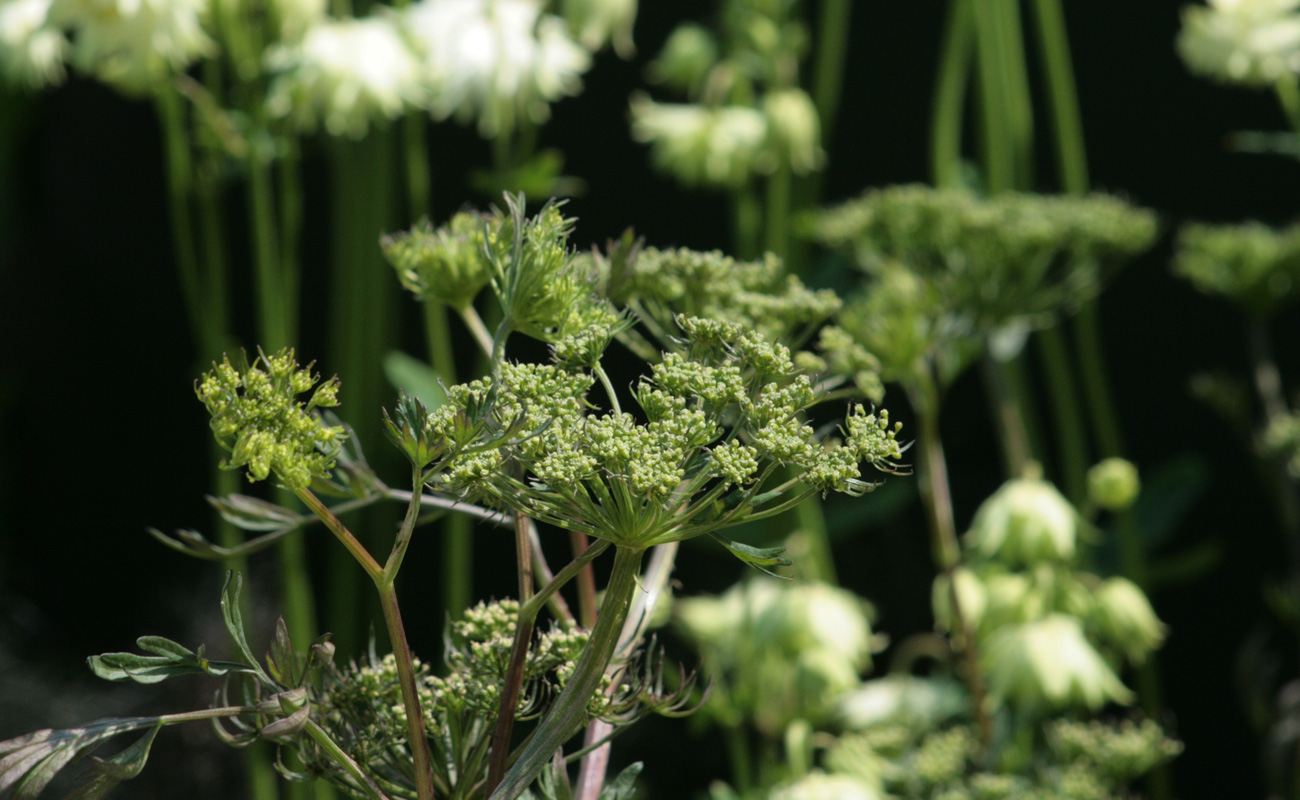 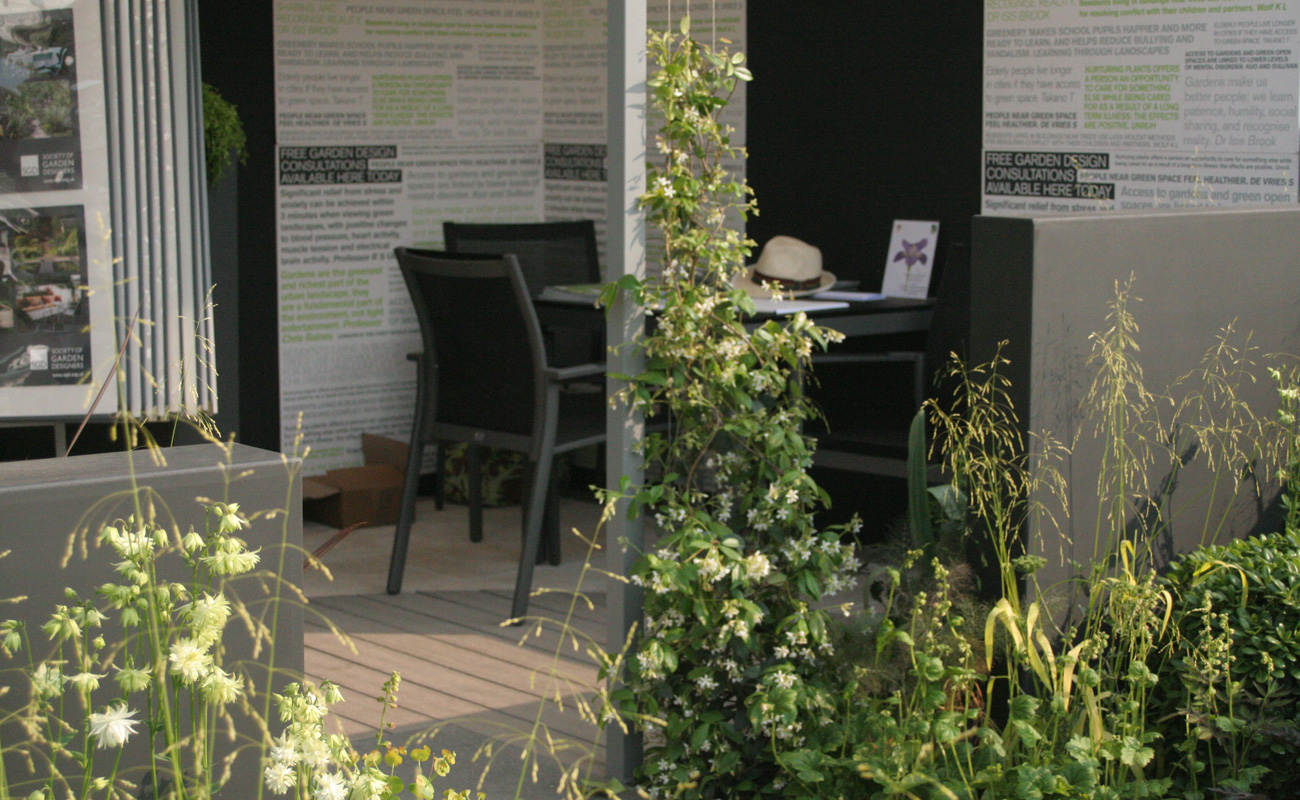